Wildfires are nothing new to California. In the year 2020 alone, thousands of wildfires ravaged our landscape, burning more than four million acres of land across the state. All of these wildfires polluted our air with millions of tons of soot, ash, smoke, and carbon dioxide that spread across the western half of the country as far as Texas. This air pollution caused a sudden, significant drop in air quality almost across the state, and particularly harmed the air in the areas local to these major blazes. And while outdoor air quality alerts were common during many of these major blazes, the smoke and ash also wreaked havoc on our indoor air. And this continues to be true for wildfires even today.

When wildfires cause ash and soot to rain down on the area around you, there’s a pretty good chance you aren’t going to be opening your doors or windows anytime soon. While indoor air can be worse than outdoor air, these days are one instance where that more than likely isn’t true. However, keeping everything shut tight doesn’t guarantee no outdoor air will get in. Cracks in walls, joints around doors, and gaps in window seals can all allow polluted air, smoke, and other pollutants to get into your home. Equipment that vents outdoors, such as bathroom fans, kitchen fume hoods, and attic ventilation fans will all also allow more of this polluted air to get in, and at a much faster rate.

While you may not be able to smell the smoke from outside, that doesn’t mean your indoor air isn’t being polluted by the billowing ash and soot that’s in the outdoor air. Smoke is a combination of gasses and particulate matter, and it’s these microscopic particles that pose the biggest threat to your health. Smoke particles in your eyes can cause them to burn, and particles in your nose can cause allergy-like symptoms. Particles in your lungs can cause diseases like asthma, particularly when ingested by young children or teens in high quantities. Smoke particles have also been known to aggravate other conditions, such as heart conditions, respiratory infections, or other health problems that are often triggered by airborne contaminants. And when in high enough quantities, this aggravation could turn from annoying to fatal. 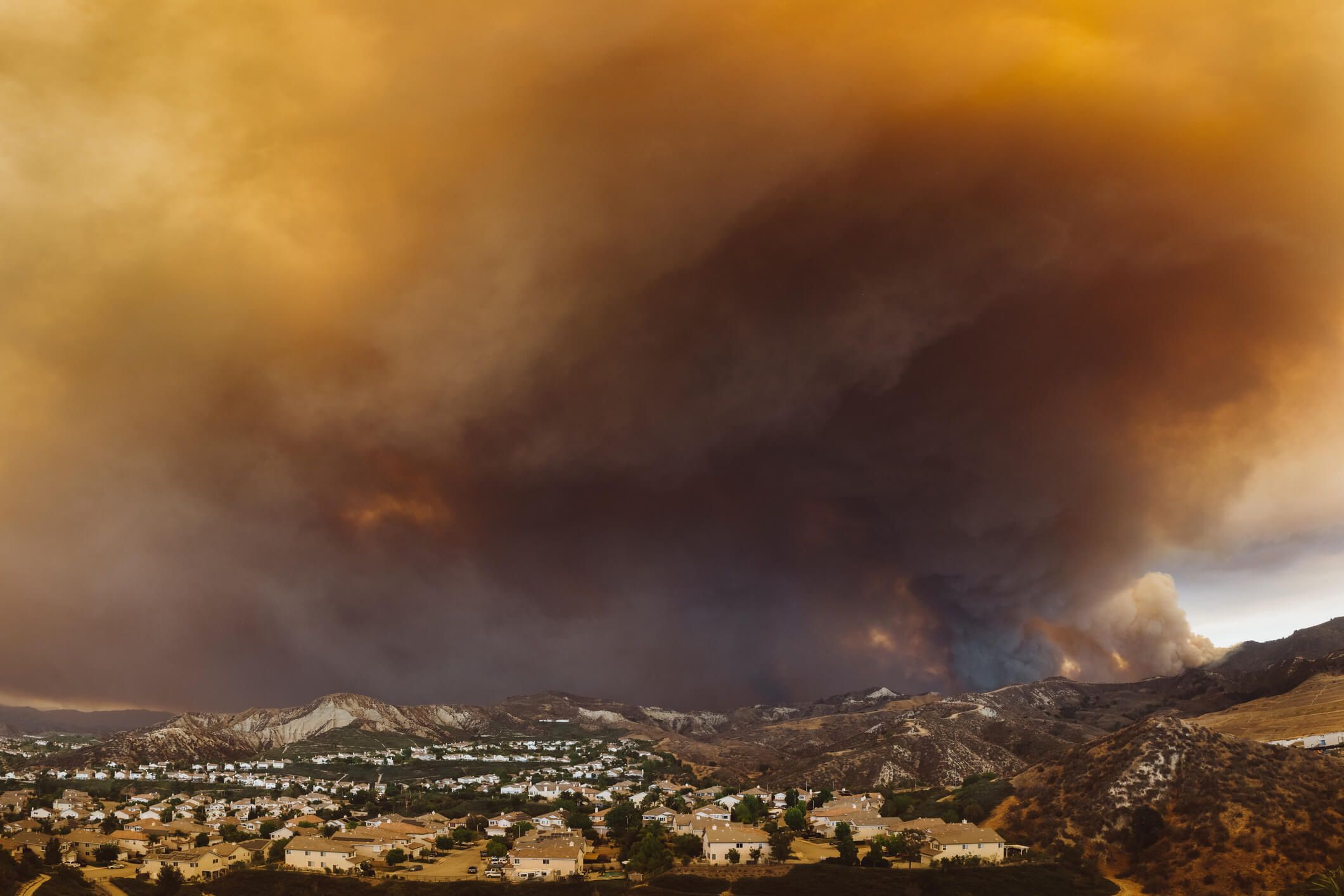 Protecting & Improving Your Air During Wildfires

When you simply can’t escape wildfire smoke, it’s crucial to keep your indoor air as clean as possible. When you cannot evacuate to anywhere safer, make sure to prepare your home and take a few precautionary steps to protect your air quality.

Stay safe this wildfire season! If your heating and cooling system is giving you trouble, or you would like to learn more about installing a whole-home air purifier system, talk to the team at JC Heating and Air Conditioning by dialing (661) 490-9839.
Categories